ESCAPE off and running 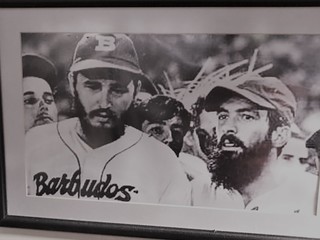 Thanks to everyone who made the launch for ESCAPE FROM CASTRO'S CUBA such a success.

A tip of the cap to ONE MORE PAGE BOOKS in northern Virginia, BOOKS & BOOKS in the Miami area and those who bought the novel in book, ebook or audible form.

The sequel to CASTRO'S CURVEBALL has been out for almost eight weeks now and one of the high-water marks was this virtual conversation with Saul Wisnia, who did Luis Tiant's autobiography, SON OF HAVANA -- https://bit.ly/3uhMefj.

Perhaps the most intriguing questions I received at such gatherings was, Will there be a third novel featuring the intrepid Billy Bryan? To be honest, I hadn't planned on one, but it's got me to thinking. Let me know where you'd like the onetime catcher to head next? As my friend Jane Leavy said in endorsing ESCAPE, "In Billy Bryan, Tim Wendel has created the perfect baseball man."

Indeed, Billy is a fun guy to write about.