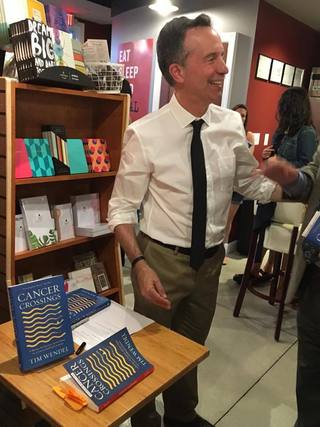 ESCAPE FROM CASTRO'S CUBA, the sequel to CASTRO'S CURVEBALL, was published in March.

Daniel Silva calls it, "a compelling story that moves with the speed of a perfect fastball."

Jane Leavy says the new novel is a "novelistic return to the world of Cuban baseball and intrigue."

WHAT ELSE?
I've received JHU's Teaching Excellence Award three times and the Professional Achievement Award three times. Also, I am a Walter E. Dakin Fellow and a Tennessee Williams Scholar to the Sewanee Writing Conference.

I was raised in Lockport, N.Y., and one of my first jobs was writing music reviews for the Buffalo Courier-Express. Since then I've traveled to Cuba, Nepal, Japan, China, Europe and throughout North America, with a notebook in hand. 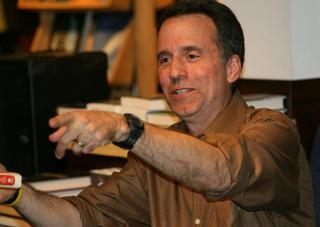 At Nicola's, Ann Arbor, Mich., where SUMMER OF '68 remains a reader's favorite. 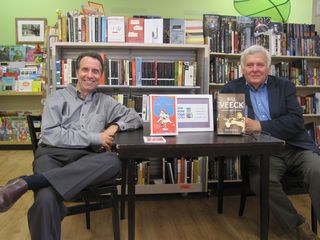 With Paul Dickson at One More Page in Arlington, Va. 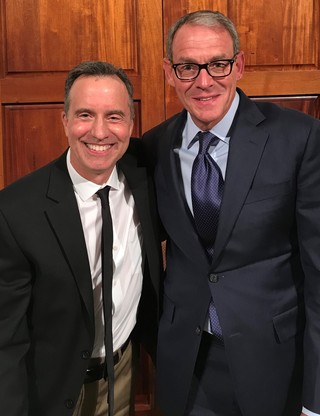 With best-selling author Daniel Silva after our appearance at Sixth and I in Washington, D.C.
Loading…}