Down to the Last Pitch -- Excerpt 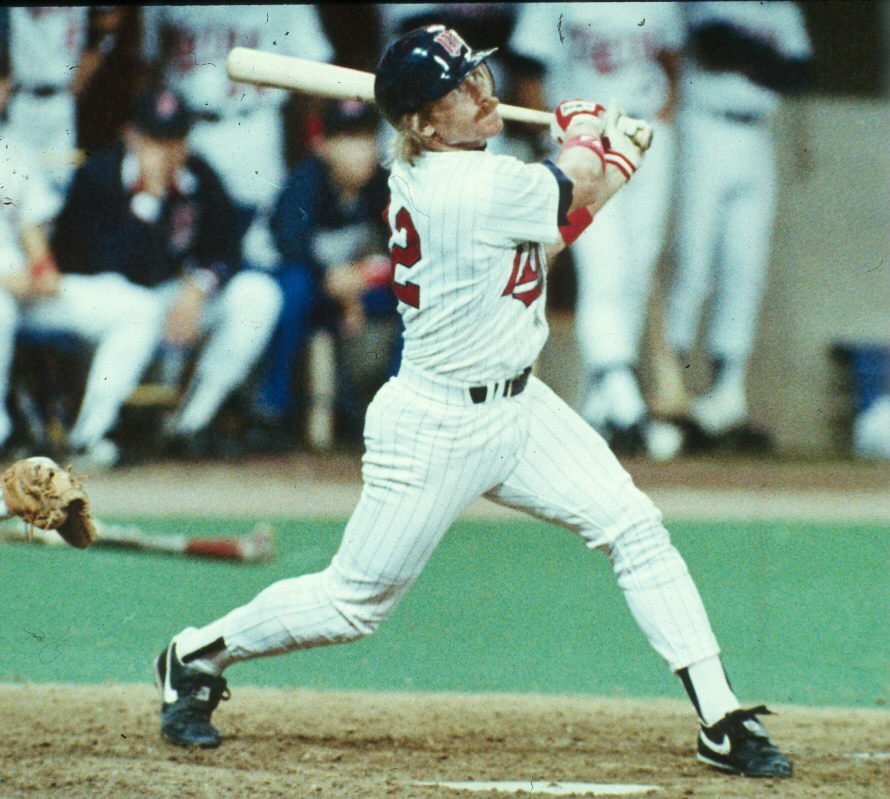 Round ball. Round bat.

Ted Williams once said that having them greet each other so the impact is square and solid remains the most difficult feat to accomplish in sports, and any slugger who has come before or after him will echo those words.

What do we make of those moments when ball and bat do meet just so? When the ball flies off the bat as though it had a mind of its own and for an instant the only role it knows in life is to soar over the outfield fence like a flock of geese heading for the horizon? What registers in the batter’s box? What does one remember?

“It’s the feel,” said Frank Robinson, who hit 586 home runs during his career. “You don’t feel anything down the bat handle. I’m not trying to make a joke. That’s how it is.

“When you’ve really hit the ball there are no vibrations. You could be swinging through air. That’s how perfect it is.”

Besides the feel in the hands, there is the sweet smack to a well-hit ball. Robinson cautioned that each ballpark has different acoustics and dimensions, so the sound can sometimes fool you. But every slugger worth his salt knows the crisp reverberation that a home run ball often makes.

At first Robinson described it as “a gun shot,” but then he searched for better words. A gun shot, in this day and age, seemed too callous for something so magical.

Robinson and I once discussed such things during batting practice at a major-league game. As the home team continued to hit, Robinson paused, simply listening, waiting for that sound again. Even though the clamor built for another game, Robinson was able to tune such diversions out. When the next batter stepped into the cage the rhythmic rat-tat-tat of bat-hitting-ball began again. It could have been a carpenter driving nails or a woodsman splitting wood, except there was a particular fullness or certainty to this particular sound.

“There it is,” Robinson said, and moments later a deep fly sailed past the outfield fence. “It’s like you’re out in the woods and you step on branch. A dry branch. It’s that snap that goes just so. But you have to be careful. The sound comes and goes depending upon the ballpark, the crowd that day. You can’t wait for the sound to tell you every time the ball is going out.”

Together we turned back to the batting cage, and here it came again. For a brief second that sound, that snap of a ball well hit, broke through the mounting anticipation of another game, no matter how loud the commotion may have been. Another well-hit ball soared into the sky and landed in the stands beyond the fence.

“Nothing else offers the kind of excitement that a home run does,” Robinson said. “Not even a perfect game. Because a home run is instant—it’s so surprising.”

And so it was again, this time in Game One of the 1991 World Series. In the bottom of the fifth inning Kent Hrbek roped a 2–0 pitch from Charlie Leibrandt to right field for a stand-up double. Scott Leius followed with a soft single into left, with Hrbek holding at third base. Leibrandt may have trailed only 1–0 at this point, but he wasn’t fool¬ing many of the Twins’ hitters.

Then came that sound again. Despite the crowd of more than fifty-five thousand at the Metrodome, pretty much all of them now on their feet, cheering and waving those infernal white Homer Hankies, that sound of a dry branch breaking in the woods, an echo of every long fly that’s ever happened in this game, was about to occur again.

Gagne, the number-nine hitter in the Minnesota hitter, came to the plate. If anything, the Twins’ shortstop wanted to do better this time around, his second appearance in the World Series. Back in 1987, when the Twins defeated the Cardinals, the last time the Metrodome was really transformed into the “Thunderdome” for an extended period, Gagne had hit a paltry .200.

Now, four years later, Leibrandt got him to swing wildly at an off-speed offering in the dirt. But when the second pitch sailed toward the inside half of the plate, Gagne was ready. With an almost effortless swing, he caught it square and solid, and the ball began to soar toward the left-field fence, landing eight rows or so into the bleachers. With that, Minnesota took a 4–0 lead.

Decades later, watching footage of the game, you can still hear that sound Robinson talked about. For an instant it was there again. The surprise. The snap. The siren call that Robinson and almost any other slugger who has ever picked up a bat through the years knows by heart. For this is what any slugger dreams about, what they worry won’t ever return when they’re buried in a slump.

“I told myself to be ready for the fastball,” Gagne said. “Actually, I was looking to go the other way. I wanted to hit the ball in the hole [between the first and second basemen], but I got a hold of it, and out it went.”

Twins manager Tom Kelly and others on the Minnesota bench were stunned that Leibrandt threw Gagne a low fastball on the inner half of the plate. “That’s what Gags can hit out of the park, and somehow that’s what he got,” Kelly said.

Years later, in describing this particular home run, Gagne still sounded surprised with himself and what had actually transpired. “It reminds me how unpredictable baseball will always be,” he said. “In my previous at-bat, Leibrandt had made me look foolish. He struck me out, and every pitch had been a changeup. I wasn’t close to any of them.

“Back in the dugout I talked with Kelly, and he told me to just sit on the change. Just be ready for that one pitch. I’ll be honest with you—that made me kind of uncomfortable. Everybody has a different approach at the plate, and somebody like Dan Gladden, well, he could go up there looking off-speed and be confident that he could also get around on the hard stuff. I wasn’t so sure of myself. . . . But my last at-bat had been so lousy, I decided to try it Danny’s way.

“So I’m up there now, looking for Leibrandt’s changeup, and he had a good one too. I just wanted to drive it the other way. Then he threw me a fastball, and it caught too much of the inner half of the plate.”

When Gagne saw the fastball from Leibrandt, he simply reacted to it. “If I’d thought at all about it, I would have missed it. It would have been by me,” he said. “I saw fastball and just swung, and as soon as I hit it I knew it was gone.”

The homer was Gagne’s fourth in postseason play and the first ever given up in the playoffs by Leibrandt, who was soon lifted from the game and replaced by reliever Jim Clancy.

The Twins squandered a chance to break the game wide open later in the same inning when Gladden was thrown out at the plate. With one out and Gladden on third base, Brian Harper hit a liner down the left-field line. Believing it would drop for a hit, Gladden first broke for the plate and then had to scramble back to the bag when Braves outfielder Brian Hunter caught it. He compounded his mistake by then trying to tag up and score, coming in with spikes somewhat high on Atlanta catcher Greg Olson.

Even though the ball arrived well ahead of Gladden, the resulting collision sent Olson flying backward, rocking him on to his head and flipping him completely over. It became the cover shot on Sports Illustrated. “I never saw Danny do that before,” Kelly later told team announcer Ted Robinson. “You learn from day one that if the ball goes in the air to the outfield, you go back to the base.”

It wouldn’t be the last bang-bang play with major contact at the plate in this Series. Despite the hard slide, Olson refused to criticize Gladden afterward. Instead, the catcher stuck up for Leibrandt, insisting that outside of the mistake to Gagne, Atlanta’s starting pitcher had done a good job. “He’s got the best changeup on the team,” Olson said. “He struck out Kirby Puckett twice, and anytime you can do that you’ve got to be doing something right.” 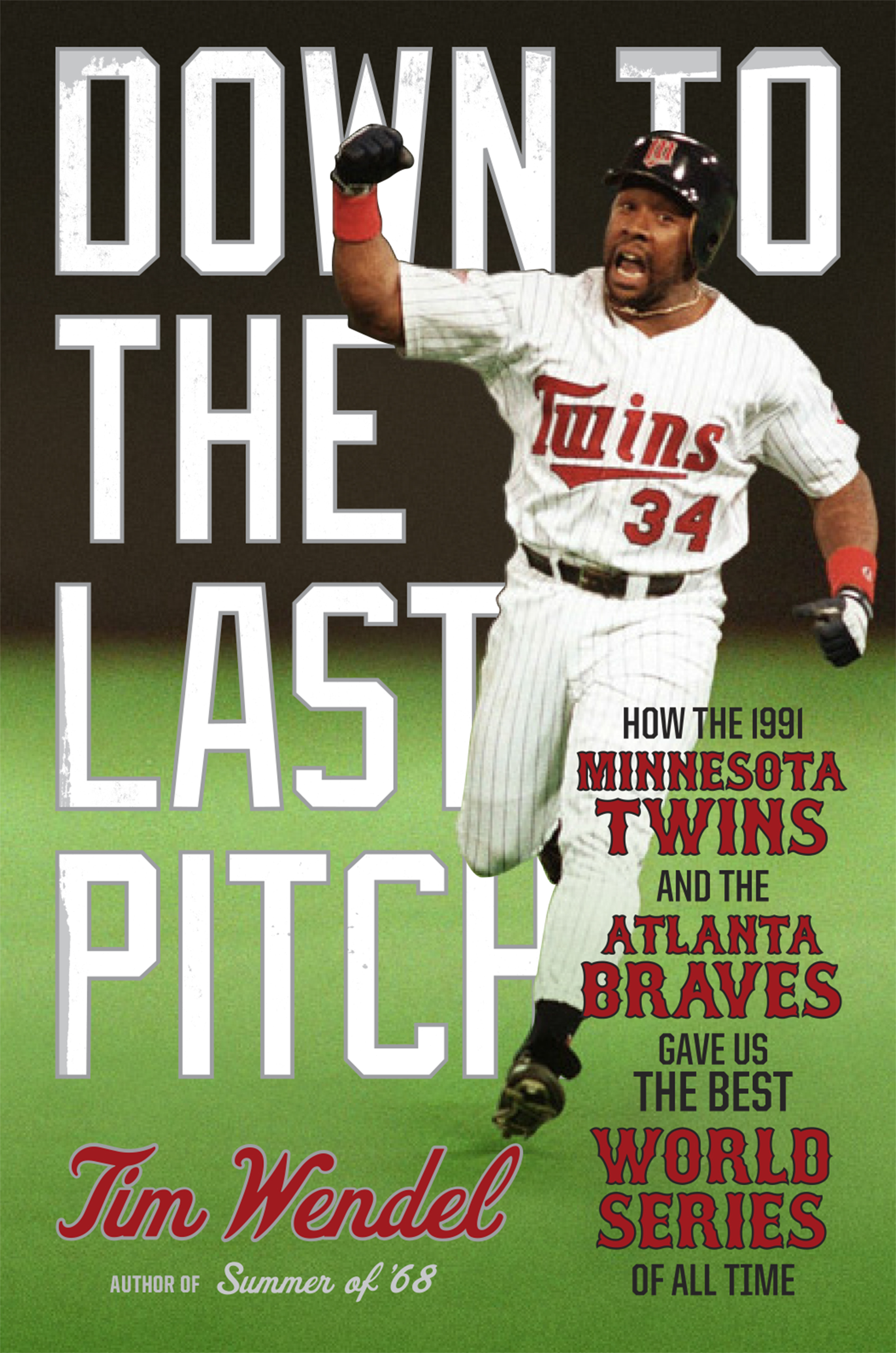