Going for the Gold

I wrote "Going for the Gold: How the Americans Won at Lake Placid" for a small publisher when I was 26 years old. It will be republished in December by Dover Press. Below is an essay about that famous team, which I wrote for AOL during the 2002 Salt Lake Games.

My kids have never really understood their Dad's fascination with underdogs. Why I got such a big kick out of the New England Patriots defeating the mighty Rams. Why my NCAA basketball pool is usually out of the running by the end of the first week because I've become infatuated with the likes of Evansville or Middle Tennessee State.

But my kids gained a bit of insight into their father's past when the 1980 U.S. Olympic hockey team lit the cauldron Friday night in Salt Lake City.

Almost 25 years ago I first got to know many of the players and the head coach, Herb Brooks. The team that would ultimately become one of the most thrilling stories in sports history. I first wrote about them for various publications and then did a book about their exploits at the 1980 Olympiad. How their upset of the Soviet Union, their improbable gold-medal run, can leave one believing in miracles for a long, long time.

Why does this team still resound in our collective memory? Sure, we have the improbable symmetry of Afghanistan. Soviet tanks had just rolled into that country before the Lake Placid Games, providing a gripping backdrop to the U.S. team's improbable win. Of course, 22 years later Afghanistan is back in the news, as we are at war in that country.

But there's something more. Something that even the players from the '80 squad cannot believe. It's not often you see a modern-day myth unfold before your eyes. But that's what we saw in '80. That's why we still cherish it so today.

There are many championships awarded every year. The World Series, the Super Bowl, Indianapolis 500, the Stanley Cup and the NCAA championships. Each has its thrilling moments and superstars. Still, within a few days, they have faded memory. But the U.S. hockey team is somehow different. Its essence lives on far after the final game.

A band of youngsters and cast-offs, the U.S. hockey team could have been Jason and the Argonauts, George Washington and his Revolutionary Army, or King Arthur and his Knights of the Round Table as they reenacted the most popular myth known to humanity: departure, transformation, return. This three-stage them has dominated stories, legends and history since civilization began. The myth is present in such everything from Grimm's fairy tales to the Bible to Star Wars.

The first step for any hero or heroes is a journey into the unknown. I remember interviewing the '80 team at JFK Airport in September of 1979. They were going to be on the road for the next five months. During the months on the road, virtually everyone on the American team realized that their initiation into the international style of play would only come through hours of hard work and frequent disappointment. During such trials, the hero needs a mentor. Arthur had Merlin, Luke Skywalker Ben Kenobi and the U.S. team, even though many disliked him, had Herb Brooks.

At the end of his initiation, the hero is ready for the ultimate challenge. The task can be as taunting as slaying a dragon or defeating the once-mighty Russians in hockey. But if the lessons have been learned then the prize is won and the dream comes true. Shakespeare's Prince Hal becomes King Henry V. A bunch of young Americans win the gold.

But it's not over until the final step - when the hero steps up to the victory platform. It's curious that even Mike Eruzione, the team captain, sensed that Friday night in Salt Lake. "This would seem to be the last step for us," he said.

For when the hero returns to us, the world is filled with new energy. We gaze in awe at the grandeur of the achievement and dream of what great deeds we could accomplish. We again have hope.

"Give me a dream," my kids will sometimes ask me at bedtime. And in recent years I've urged them to remember favorite places of ours. That special stretch of beach at sunset. That bike trial in the mountains. But as I watched the '80 team once more chant, "USA, USA," almost as loud as they did in the locker room after they beat Finland at Lake Placid, I realized there was another dream I need to tell my children. An upset so huge few could have envisioned it. But one that I will never forget.

Tim Wendel was a senior editor for AOL during the 2000 and 2002 Olympics. His books include "Castro's Curveball" and "Going for the Gold: How the Americans Won at Lake Placid." 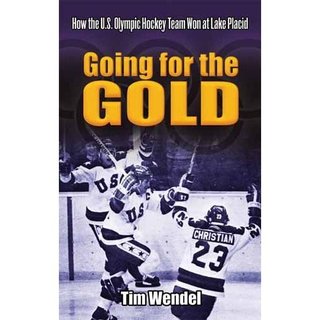 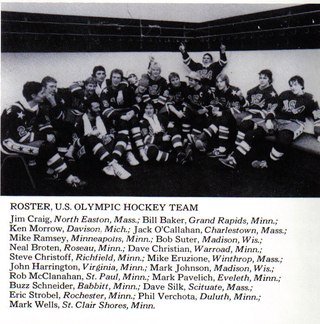 Reel Life vs. Real Life, ESPN.com
In Reel Life: After a game in Norway, Brooks, angry at the team's lackluster play, has them run through a grueling set of sprints. The workout goes on so long (Brooks gives the "Again" command 13 times) that the lights are turned off in the arena during the session, and Doc is moved to yell, "Stop, they've had enough!" The workout doesn't end until Eruzione says, "I'm Mike Eruzione, and I play for the United States of America."
In Real Life: The Eruzione business is fiction, as are the piecemeal player introductions throughout the film. But the rest happened. The sprints lasted about 45 minutes, just a few minutes longer than the seemingly endless scene in the movie. The lights were turned off. And Doc, according to Tim Wendel's account of the team, "Going for the Gold," did yell, "Herbie, Herbie, stop, stop, they've had enough!"